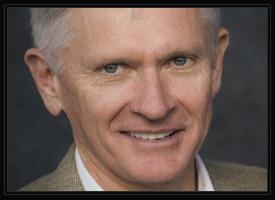 A visionary philanthropist will donate $15 million to a new University of Queensland institute that will target solutions for problems linked to global-scale change.

Her Excellency Dr Penelope Wensley AO, Governor of Queensland, announced the donation by Graeme Wood, a founder of Wotif.com, when she launched the Global Change Institute (GCI) in Brisbane tonight.

Mr Wood immediately called on other successful Australians to join him in supporting the GCI, which will pit leading researchers against the most complex global problems.

“If we want to make a genuine impact on global issues concerning the environment and the effects of rapid population growth, the investment has to be substantial,” he said.

“Every gift counts but in order to make a difference, substantial support is necessary.”

UQ Vice-Chancellor and GCI Board Chair Professor Paul Greenfield thanked Mr Wood and endorsed his call to action. He warmly thanked Dr Wensley, a UQ alumna who launched the GCI as part the first of UQ’s 2010 Centenary Orations.

“Graeme Wood’s exceptional gift is a huge boost to the researchers associated with the new GCI. It is the largest gift by a UQ alumnus to their alma mater,” Professor Greenfield said.

“It will help take discovery to a new level in terms of industry and community partnerships that aim to improve responses to global change.”

Mr Wood said that universities were the logical places to find solutions to the world’s problems and therefore places in which businesses should invest on behalf of future generations.

“I call upon the business community, government and individuals to assist the University in bringing together the best national and international thinkers and practices towards solving these complex and pressing global issues.

“Education is the key to engendering tolerance and overcoming ignorance,” Mr Wood said.

“Our generation can and must make a mark in history by espousing altruism and responsible business practices to leave the world a better place for our children and grandchildren.”

GCI Director Professor Ove Hoegh-Guldberg said Mr Wood was “an inspiring person who has thought outside the box and created opportunities where there were none before.”

“He has proven that innovation is everything in achieving business success and it is marvellous that he is here to act as a role model for our young innovators at the University of Queensland.”

The PV solar array will reduce the St Lucia Campus’s peak electricity consumption by 6 percent and carbon emissions by 1.14 kt CO2e per annum.”

The GCI’s focus will not be limited to first-order environmental problems, but include a multidisciplinary approach to interconnected issues such as population shifts, energy innovation, and water and food security.

UQ now wants to identify and work with partners to create three endowed professorial chairs in the Global Change Institute.

Anyone wishing to support the Global Change Institute in its endeavours can contact the UQ Advancement Office T + 61 7 3346 3900, E advancement.office@uq.edu.au or www.advancement.uq.edu.au .

He has a keen interest in sustainability, is a GCI Board member, and is also the founder of Wild Mob, a not-for-profit organisation providing volunteers with the opportunity to assist with environmental conservation work in projects in remote and iconic locations across Australia. UQ is a partner in this enterprise.

Mr Wood supports philanthropic projects in the arts, education and the environment, and was announced the Suncorp Queenslander of the Year in June 2008. With Wotif.com co-founder Andrew Brice, he received the Business/Higher Education Round Table Award for Outstanding Philanthropic Support of Higher Education in 2008.

The two UQ alumni in 2008 pledged a mix of cash and shares valued at $18 million to establish The University of Queensland Endowment Fund (UQef), a new avenue for donors to support academic scholarships, named professorial chairs and specific research programs in areas of particular social need.

The University of Queensland is a partner with Wild Mob and some projects facilitate UQ fieldwork in science, conservation and environmental courses.

For example, last year a group of international UQ students attended a week-long Wild Mob camp on Brampton Island in the Great Barrier Reef, assisting with conservation work including marine surveys and health checks on the coral reef.